TobyChristie.comIf you\'re looking for NASCAR news, we\'ve got you covered.

TobyChristie.comIf you\'re looking for NASCAR news, we\'ve got you covered.

Mason Diaz will return to the ARCA Menards Series East for the second consecutive season, in hopes of capturing the series’ championship with his new team, Visconti Motorsports.

DAYTONA 500 winning crew chief Tommy Baldwin will call the shots for Diaz in 2021, a combination that both driver and team owner are optimistic about, hoping that Diaz can compete inside the top-five and contend for victories on a regular basis.

Solid Rock Carriers – a long-time supporter of Diaz — will be the primary sponsor of the black, blue and orange No. 74 at New Smyrna Speedway, the first of eight races on the 2021 ARCA Menards Series campaign. 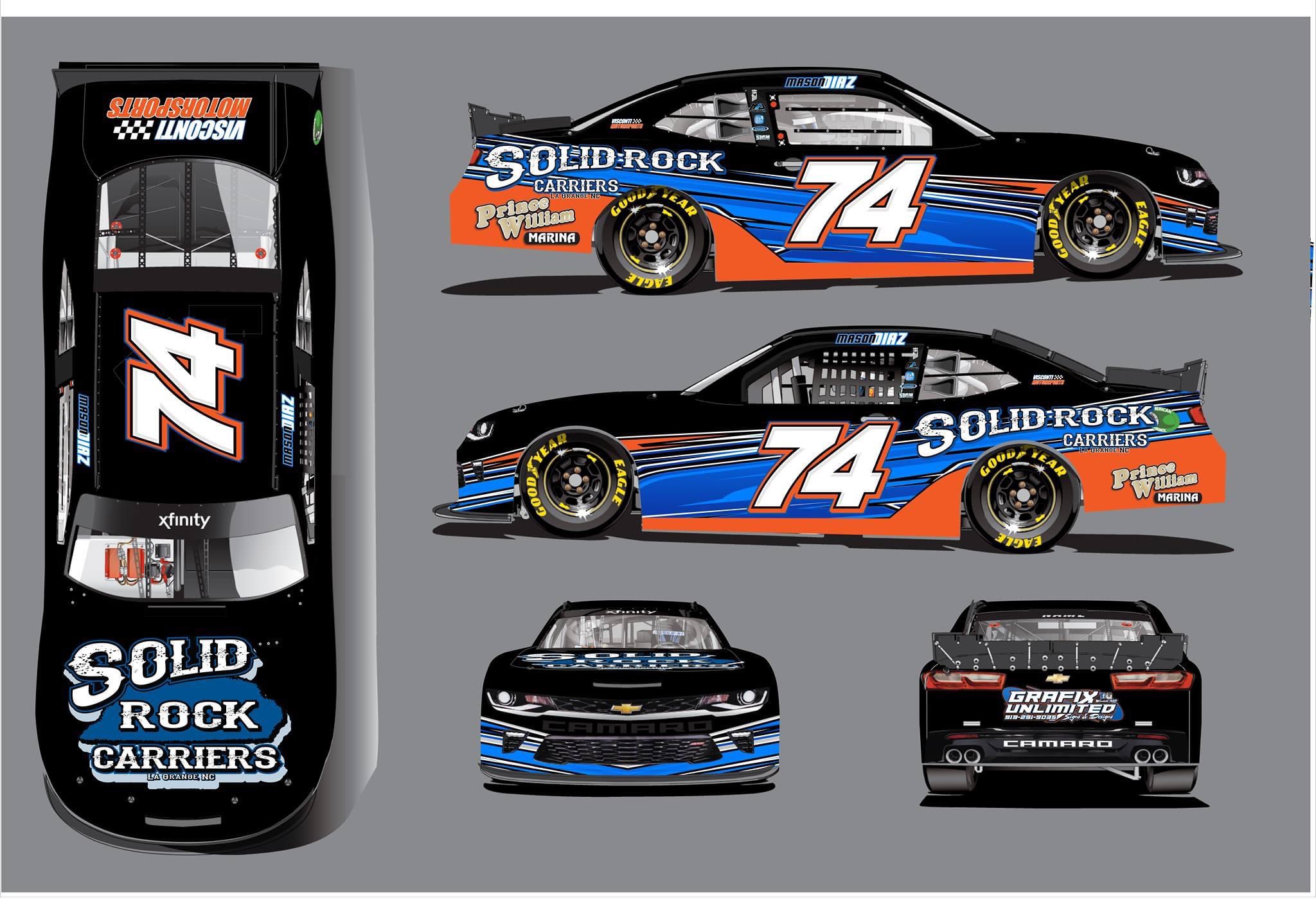 Diaz is no stranger to competing at the higher levels of NASCAR, making six starts in the NASCAR Xfinity Series over the last three seasons, most recently with Sam Hunt Racing.

“I think Mason was getting more out of his equipment than his cars were even allowing,” Visconti said of Diaz’s previous experience. “He wasn’t overly aggressive, but was good. He is excellent with the fans — has a good personality, and has a lot of experience… he has Xfinity starts, Trucks… he has a broad spectrum of experience… I was extremely impressed with his abilities.”

“Absolutely, our goal is 1,000% championship, second will not be good enough,” Visconti said. “I feel as though with the talent and experience we have, we should be able to win races.”

Alongside the team’s full-time ARCA East schedule, the organization will field an entry in select Sioux Chief Showdown events in 2021.

Baldwin assisted Visconti in making the move to the ARCA Menards Series a few years ago, and now will join the team to turn the wrenches in hopes of contending for race wins and the title — bringing it full circle.

“I had no clue what went on in North Carolina, running our Modified seemed like the biggest and best I was going to do back then,” John Visconti said. “But speaking with Tommy, he guided me into the ARCA Menards Series, and that’s how it all came to be.”

Along with Solid Rock Carriers, Prince William Marina, Grafix Unlimited, Bomber Eyewear and Visconti Motorsports will back the title bid for the No. 74 team in 2021. The Reichert Group IGA Marketplace, which has been a supporter of Visconti’s effort for many years, will return to the organization in 2021.

Ready to have NASCAR news hand-delivered to your email daily?

Subscribe to our exclusive email newsletter, the TC Daily Pit Stop – and have the latest NASCAR news sent straight to your inbox every morning!